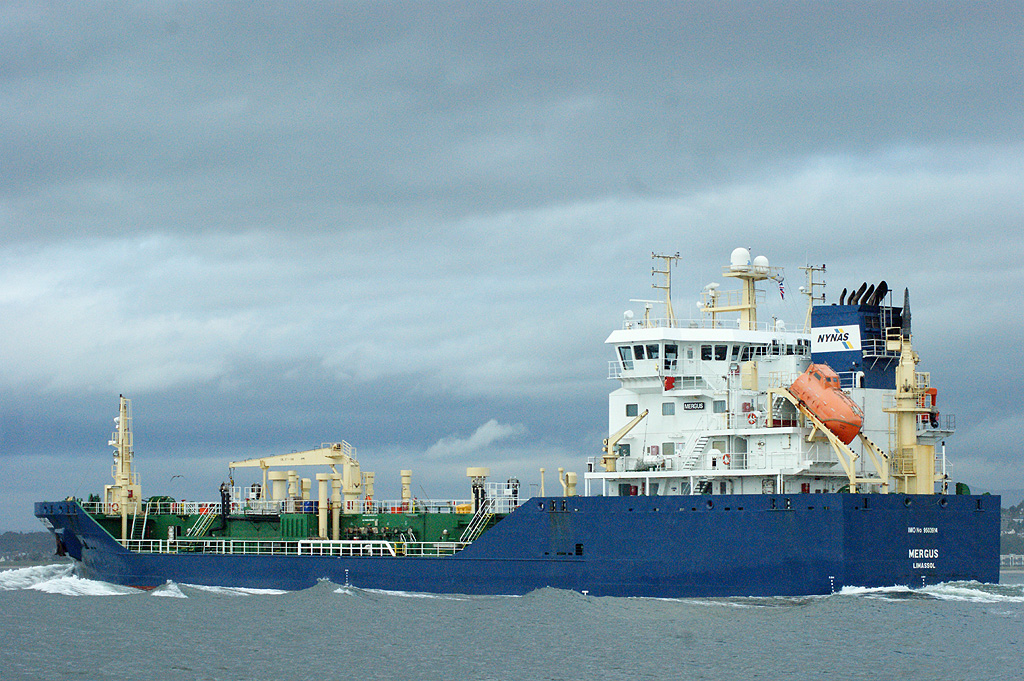 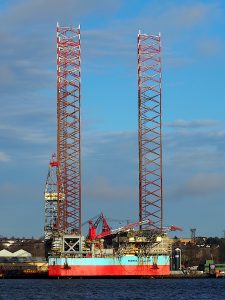 In 1821, as shown in John Wood’s Town Atlas, Dundee’s docks extended from roughly where RRS Discovery is now berthed to the site of the Apex Hotel. The present day commercial Port of Dundee (used by working ships and oil rigs) runs from the old inner dock entrance, which is next to the eastern end of the City Quay flats, approximately 2 kilometres in an easterly direction to the Stannergate. It has 1,600 metres of quayside, 6 working berths (spaces for loading or unloading ships), and a maximum of 9 metres depth of water at low tide. Dundee handles a range of traditional cargoes such as timber and bitumen, and is now attracting business relating to the building and maintenance of offshore windfarms and the decommissioning (dismantling and scrapping) of oilrigs and similar facilities. This has led to the installation of a new crane capable of lifting 1,600 tonnes – roughly the weight of 140 double-decker buses – and 300 metres of new quayside with sufficient strength to withstand heavy loads. Cruise ships also call at Dundee. A typical example is MS Magellan of 46,000 gross registered tonnes, with space for 1,250 passengers in 726 cabins. Dundee is not too difficult a port for ships to enter under most conditions. However, all ships are met by a pilot, who is an expert in navigating the Tay, near the mouth of the firth off Buddon Ness. He is carried by a small boat called a pilot boat, he boards the ship by means of a pilot ladder running down the side and stays with the ship until it berths (docks) in Dundee. Ship arrival times are planned to ensure that there is sufficient depth of water under the keel (bottom) throughout the course of its passage along the river. (Ships proceeding up to Perth Harbour embark another pilot between the rail and road bridges for the passage from Balmerino to Perth.) The ship’s stay in Dundee gives an opportunity for the crew to enjoy some ‘shore leave’, a chance to maintain, replace or repair machinery onboard the ship itself, and for the resupply of food, water and fuel. The ships have their own diesel generators and normally rely on them for electrical power rather than plugging in to ‘shore power’.  The ships are secured to the berth with very strong mooring ropes. A number of ropes will be used, all combining to stop excessive movement and ensuring that it doesn’t break free in the event of a storm. When the ship is ready to leave Dundee the pilot boards again and takes it down past Buddon, then he leaves by the pilot boat and returns to Dundee. The ship sails on to its destination whether the Baltic, nearby ports of Europe, or further afield. Many of these ships are regular visitors to Dundee. Their comings and goings can be tracked on the Marine Traffic app. which shows arrivals and departures and gives real time information on vessels in the area.

1. The Port of Dundee is owned and run by Forth Ports. All except one of this company’s ports are located in Scotland. Which one is in England and what is the connection with Captain Kidd (see our earlier post)?

2. Pilot boats have decks that permit easy access to the ships’ pilot ladders. This is Lynx, one of Dundee’s pilot boats. Can you see what colours are in the flag that identifies the boat from a distance? Clue: they are actually painted on the bow in the case of Lynx.

3. Buoys are an important aid to captains and pilots entering and leaving the Tay. Most buoys have lights which are solar powered. The lights flash according to a pattern which is recorded on marine charts so that the captain is able to identify the buoy in the dark. Each type of buoy has a specific purpose such as marking a danger or one side of a channel. These types are set down in an international system of buoyage. The Horseshoe Buoy (below) off Monifieth is a south cardinal buoy, which means that ships should sail to the south of it. You can see the solar panel halfway down the pillar. The two arrows at the top point downwards to indicate south and the light flashes six times, suggesting six on a clock or, more appropriately, south on a compass. 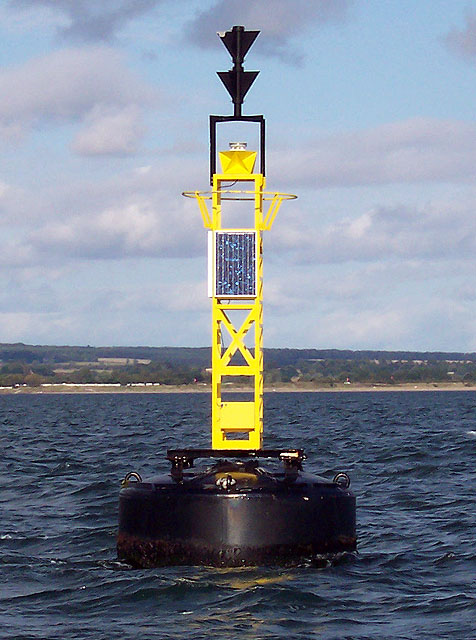 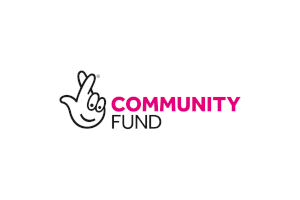 2 thoughts on “Port of Dundee”